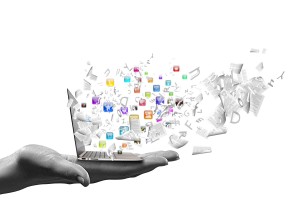 Content is one of those terms which appears on every ‘top 10’ list of marketing trends, and it’s something which is set to become more important in 2016. Whether you’re a marketer writing copy for a website, or a vlogger looking for content for your next video, it’s an aspect of marketing which needs careful planning.

In June 2015, National Geographic launched its Wanderlust Photo Sharing Contest on Instagram. The contest encouraged followers to share photographs of unforgettable places and experiences from across the world. Entrants were offered the chance to win a once-in-a-lifetime 7-day trip to Yosemite National Park. This was a great example of user-generated content which raised brand awareness through the trending hashtag #WanderlustContest. As well as gaining hundreds of new images for their website, National Geographic’s campaign also received vast amounts of press coverage worldwide.

In September 2015, Lidl signed a deal to sponsor the food pages of popular website Mumsnet. The twelve-month partnership aims to showcase unique shareable content, which includes recipes, forums and articles featuring Lidl products. They are also utilising vloggers, who are being challenged to do their weekly shop at Lidl.

The supermarket chain claim their campaign aims to help mums save money on their weekly shop. The Mumsnet website receives 14 million hits per month and has over 119,000 Twitter followers. The campaign is on-going but has already generated lots of interaction on social media and extensive press coverage.

Launched in 2012, this campaign has proved so popular, that the National Trust have re-launched it every year since. The aim of the campaign was to reintroduce children to the great outdoors, through a list of different activities available at National Trust properties across the UK.

Since its launch, the campaign has seen over 90,000 children register, with more than 250,000 activities completed. As well as producing interactive material for children, the National Trust have been actively engaging with their audience on social media and via the ’50 Things’ app and website.

In April 2015, travel search engine Skyscanner launched a campaign to inspire people to travel. The website broadcast for 24 hours from 24 destinations around the world, on Twitter’s live streaming app Periscope. Each hour saw a different travel blogger from around the world, share insights in to their cities. The campaign also asked its users to suggest places to explore via social media. The beauty of this campaign was that it was carried out on a small budget, but had a wide audience reach (1.6 million users across Twitter). It also allowed the brand to test out a new social platform, which they plan to continue to use moving forward.

This popular camera brand are known for their innovative marketing campaigns. This particular campaign was unique because the company utilised existing user-generated content (a video), which stemmed from its own community. GoPro understand the power of the consumer and how they can raise brand awareness through content sharing.